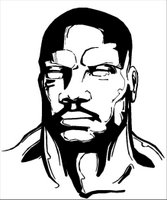 In yesterdays post I really got confused by my own rules... Gaia Gamma R6 already has rules for selecting mutations... at least optional ones. That's what you get for designing the optional rules before the actual rules... but sometimes I get ahead of myself ;-) So I decided to completely revise the mutation rules and here we go:
That's about it. All the optional rules have been removed and yesterdays variants are no more. Simple and straightforward. The only thing to toy with is the number of MP points but that will arise as a topic once I have finished (or at least mostly finished) the mutation lists.
Posted by The Creator at 9:57 AM