How to determine mutations 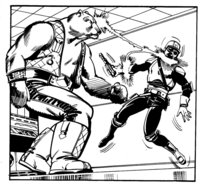 While fiddling with mutated humans and altered animals I have been thinking about the topic of how to generate actual mutations. Various approaches seem viable but I currently am highly divided about which one(s) to support in Gaia Gamma.
Currently I see the following variants:
And then there is the topic of deficiencies: Should they be included in the mutation lists or should they be gathered on an extra list? So that you can decide to roll for deficiencies if you want to have more or other mutations?

What do you think - should I support all these variants or just one? Which one? Which do you like best? Which did you prefer from earlier editions of Gamma Games?
Posted by The Creator at 3:01 AM