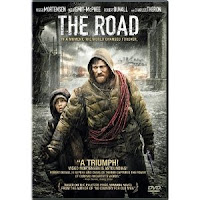 A couple of days ago I watched

The Road on DVD. Being a filmed version of the bestselling book The Road

by Cormac Mccarthy (a book I not yet have read but which is standing in my library - but these days I prefer watching movies first and then reading the book because it's usually less frustrating).
As far as I am concerned The Road is not a good template for Gamma games, as the world is just to low tech, too dark and bleak and survival is much more "down to earth brutal" than I would expect for my usual Gamma campaigns. Nonetheless the movie IMHO is a great postapocalyptic movie with a very believable depiction of the travels of a father and his son through a devastated United States with cannibals and everything else one would expect in a world going down the drain.

I loved the visuals of the movie as everything is believably dirty and destroyed. Characterization focusses on the two main persons, Viggo Mortenson playing a great main character. 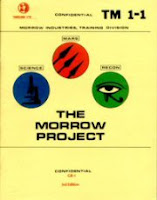 I don't want to spoil the story and will keep it at a "it's a very dark journey" level. You probably won't feel good after seeing the movie but rather be left with a sense of the lingering depression of a ravaged world and ravaged people. Not much is left after the final wars and short flashbacks give an impression of the brutal initial days after "it" happened. The movie really is pretty depressing in that respect. And it doesn't get much better - don't expect too much shiny heroism or much hope of any kind. While the movie IMHO is a much better inspiration for campaigns using either The Morrow Project, Aftermath or Twilight 20XX it's nonetheless a great inspiration for imagining the initial days after the Final Wars... in remote areas not quite overrun by mutants and high tech effects. 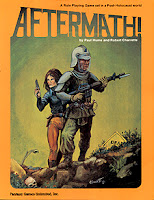 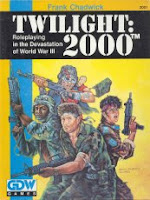 As far as I am concerned I'm giving this movie five out of view nukes as it managed to move me on an emotional level, had great characters, believable visuals and a decent plot. I was hoping the best for the characters and got some nice ideas for more down to earth campaigns. Therefor I can recommend watching the movie to anyone interested in more believable apocalyptic scenarios. As I have not yet read the books I can't comment on how well the movie holds up to the book but I will get back to that when I have read the book at some point.