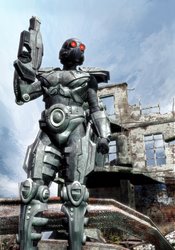 Tech levels measure civilization and knowledge potential. The starting tech level of a character depends on his background (on which I will elaborate in a later post). Tech levels are designed to mirror the whole range of civilized states humanity achieved.

Currently I plan to use the following tech levels in the game:
Tech levels influence a variety of things:
Initially the tech level of a character is influenced by his upbringing and cultural background (something the player either can select or determine randomly).

Ok, enough for today. What do you think: Do we need more tech levels, should there be additional uses for them, etc?
Posted by The Creator at 12:49 AM