Grognardia with its recent post about class versus skill systems got me thinking about my own preferences.

Looking back at my personal RPG history I definitely seem to be a "class guy". I started with D&D and proceeded through AD&D in its various incarnations. But looking at the details reveals that I have a definite penchant for skill systems. My first non-D&D game was Star Frontiers (in its German edition "Sternengarde") which I loved dearly... and the skill system (although somewhat strange) played a decent role in that. 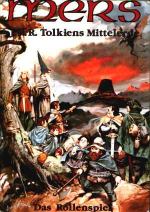 Next followed Middle Earth Role Playing (MERP) (again in its German edition) which I loved dearly and played extremely intensely for about two years and there I also enjoyed the tight but flexible skill system derived from a highly tuned down Rolemaster.

And even AD&D really clicked with me starting with the 2nd edition and the introduction of the skill system there (which also heavily inspires the system I use in Hexer & Helden). And then we played Shadowrun (yet another time in its German edition) for a couple of years which I loved immensely. Until today. Actually so much that I have started writing a Shadowrun clone with extremely nice imagery which I will start posting once Gaia Gamma is done. 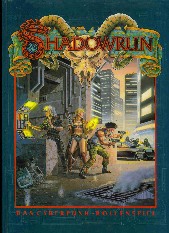 But James' post in Grognardia got me thinking about the whole matter of classes and skills. I really like classes for the the reference structure they provide to players. It's just so easy to pick up a class concept. But I also love skills for the personalization of characters they allow. Which lead me to the conclusion that I love most the concept behind these two approaches of handling things: Archetypes.

Archetypes represent a conceptual framework for a certain type of thing, being or whatever. And that is what I love most in games as they combine the rather freeform benefits of skill systems with the rather structured approach of classes. Shadowrun is my perfect game in that respect as the character creation is completely freeform and allows all kinds of concepts but lends itself extremely well to developing certain archetypes... like street samurai, deckers, mages, etc.

Thus Gaia Gamma will use a skill-based archetypical approach. Basically it is represented by the skill areas I already mentioned. To further enhance this I am going to add a kind of very simple and straightforward talent system to the skill areas. Basically a rank of 1 or 2 will provide the character with one specific talent per such skill area. Rank 1 talents will be more powerful and useful, rank 2 talents add some nice customization. Per skill area there will be 3-4 talents to choose from and each talent will get better with increasing experience levels further strengthening the notion of "Something exciting should happen at every level."

How the talents will look like is a matter for another post. Read ya!
Posted by The Creator at 1:27 AM